The freeze key is all about priority- specifically, it gives the values on the fixtures in your programmer priority over values that may be played back in a cue.

The Freeze key. I’ve found that this is a key that’s often times misunderstood when you’re learning the console.

Here’s what it doesn’t do: It doesn’t make your lights stop moving.  It doesn’t pause playback.  The Freeze key is all about priority- specifically, it gives the values on the fixtures in your programmer priority over values that may be played back in a cue.

Here’s how that works- By default, the MA console asserts your parameters in a latest takes precedence mode.  Suppose I grab a group of lights and bring them to full in the programmer. Cool- does what you would expect.  But, if I then play a cue where those same fixtures have a stored value of zero intensity, they’re going to turn off.  Thats because the console is seeing that zero value as the latest value, and latest takes precedence.  If you were watching the programmer, you might have noticed that the intensity value for my fixtures was also knocked out.  Playback has taken control, and that means you can’t OOPS your way out of this one.  You might be thinking, this sucks- Why would I ever want it do that? How do I make it stop?  There’s actually plenty of times this can be useful, and I’ll give you an example at the end… but for now, let’s look at how FREEZE keeps it from happening.

Think of Freeze as a mode (sort of like how Highlight is a mode). When the key is lit, you’re in Freeze mode and your playback cues can not overtake any value in your programmer.  In Freeze mode, your programmer has priority.  If you’re coming from a Hog console, this is the way you’re used to working.  For example, if you tell a light to be at full, in green- no cue can override that.  Of course, if there is no position information in the programmer, those playback values can still be applied. Freeze doesn’t hold any particular fixtures or values in your programmer- you can clear out and change just as you normally would.  All Freeze does is assert that the values in the programmer cannot be overtaken by values in playback.  Its also NOT a park function. If I pull the grandmaster down, those lights are certainly going to zero.

For a lot of programmers, the FREEZE mode is one that’s on ALL the time.  For me, I’ve got it on about 95% of the time.  I mentioned there are moments when the console’s default LTP settings are useful.  For me, if I’m in a live show- and something has changed on stage (for example, maybe I have to bring lights up in an area we normally wouldn’t light), but I know in the next cue that I won’t need those lights, and I’d like them to gracefully crossfade out… I’ll just turn off the FREEZE key before I take that next cue.  I get the graceful change, and it saves me from having the clear the programmer out.

Of course, am I going to turn Freeze back on immediately after I take that cue? You bet I am. 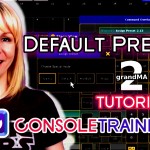 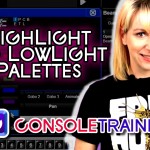