IPCB refers to the four categories (Kinds)  that moving light attributes will fall in to.
I = Intensity
P = Postion
C = Colour
B = Beam

Figuring out which category your attribute falls into is usally pretty simple.  Pan and Tilt are Position attributes, CMY (cyan, magenta, yellow) are Colour Attributes.  Gobos, zoom, focus and iris are Beam Attributes.  Intensity and Strobe parameters both fall into the Intensity category.

Why do you need to know this:  When you’re recording to Palettes, by default each Palette will only recognize and store it’s corresponding IPCB Kind.  For example, if you have your lights at Full, positioned Stage Right and in Cyan – and you record into the Position Directory, the only values that will be stored are the Pan and Tilt degrees.  The other attributes will be ignored.  You’ll also find record options like “Use I”, “Use C,” etc.  These options refer to the 4 IPCB kinds.

Knowing where your attributes fall will also make it easier to call up the parameter on your encoder wheels… for example, pressing the Colour key to access CMY or Hue and Saturation.  Of course, keep in mind that while attributes can be rearranged on the encoder wheels (See the Preferences window), this does not change their Kind.

By default, each of the attribute directories stores only information of it’s own Kind.  The Position directory stores only Postion information, Colour Directory stores only Colour information, etc.  However, you can over ride the defaults and store multiple kind (IPCB) information into any of the attribute directories.  The Group directory can not store attribues.  One way to work with Paletttes, is to select any fixture(s) from the Group Directory and then simply touch other existing palettes for Position, Colour, Intensity, and/or Beam to quickly create a look on stage.

Besides being a quick way to acheive looks by simply pressing Directory items, they’re also useful in updating your entire show. When you use a palette in a cue, a reference to that palette is stored.  Let’s say that you create a Position Palette that focuses all of your lights on a keyboardist on your stage and you store it in a multiple cues.  Well, if the keyboardist decides to move his gear 2 feet upstage… you can simply update the Keyboardist Position Palette.  Instantly, all of your cues that reference the Keyboardist palette are updated with the new placement.

Priority is all about what on the console is controlling the attributes of your lights… and remember that any moving light can be controlled by multiple sources at any one time.

Of course there are multiple levels of control when playback is involved. You obviously have console rules like LTP and HTP, but in the Hog, you can also set Priority Levels for individual cuelists in their OPTIONS window.

Syntax is the order that you key in your commands on the console. In Wholehog OS, there is an order that actions always follow:

For example: one of the simplest commands that you can give to just about every lighting console is “1 AT FULL.” That syntax should sound pretty familiar, and the desired outcome would be to take the intensity of Fixture Number 1 to 100%. That very common syntax follows the Wholehog’s Syntax order:

Hog 4 OS resides on the Hog4 console, Full Boar 4, Road Hog 4, HedgeHog 4 and Hog4PC. While this is a new OS, it is strikingly similar to the Wholehog OS used in Wholehog 3. Most Hog3 showfiles should be able to be loaded into the Hog4 OS.  Hog4 showfiles are no longer backwards compatible with Wholehog 3.

The operating system that rode on the Wholehog 3, the Road Hog, Road Hog Full Boar, Hog iPC (in Hog 3 mode) and Hog3PC was referred to as “Wholehog OS”.  Since the operating system is the same, programming on any one of those consoles will look and feel the same on a different console running this OS.  It also means that your showfiles are compatible between the entire range of these consoles.  Certainly there are hardware differences between the desks, and functionality can defer from the higher end desks to the lower end desks.

Wholehog OS is not backwards compatible with the Wholehog 2, Hog 500 or Hog 1000. 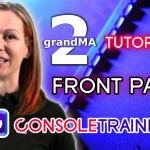