Why the Effects in My Cues Are Selective

Template effects are great, but if I’m storing an effect into a cue- it’s definitely gonna be Selective.

I’ve got two simple instensity chase effects here.  One is a Template, and the other is Selective-  but otherwise, they are currently exactly the same.  I can apply either one to my Auras and the output looks doesn’t change.  If you’re new to MA effects or don’t know how to make an effect selective or template- check out my Effects tutorial and that should clear some of this up.  I’m going to store 2 cues now- the first one with a reference to my Template Effect, and the second with a reference to my Selective Effect. Again, as I play them back, they look exactly the same. However, now I want to make a change to these effects. Let’s try something simple and just double the speed in each one.  OK that information is saved.  Now, I’ll play back cue 1. It’s still the old speed.  Cue 2, though, has updated to the new faster speed.  You see, a selective effect works more like a preset.  If I update the effect, any cue that references it will update as well.  When you use a template effect in a cue, think of it more like you’re just storing hard values, and not a preset reference.

I know that if I need to update an effect that I use multiple times within a song- maybe because there was a speed change, or a color change, or whatever- if I update that one effect, all of my cues that use it will be updated as well.

If you’re worried about getting stuck with effects that only work on one selection of lights, don’t be.  You still have all of those Template effects and you can always copy and paste any effect you like and then tweak it to suit your needs- maybe by changing the selection of lights that it can be applied to. 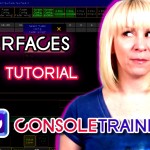 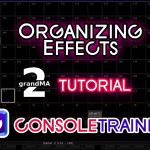